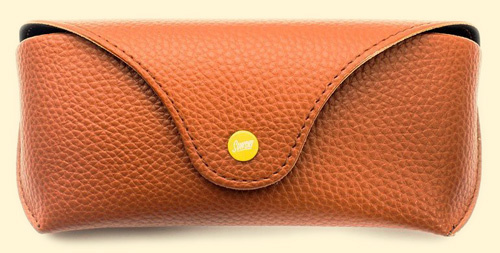 You're ready to try on shades! Look for the "Try on shades" toggle button on each product below.

Once upon a time, there was a world not so different from our own. In the Kingdom of Blue Light, screens reigned supreme. People bragged about how many hours they spent staring at their digital devices. There were texting tournaments and virtual reality jousting competitions.

“May your inbox be full and all your passwords forgotten!” was a common insult hurled among rivals.

Because the kingdom was a fantasyland, they didn’t have reality tv, they had fantasy tv. But it was just as popular as reality tv is in our world. Who doesn’t want to find out if the frog gets the princess?

Sometimes, when their tension headaches and eye fatigue got to be too much, the people told fairy tales about a time before the Kingdom of Blue Light.

Every story started something like this: “Once upon a time, before there were screens, before cell phones and computers and televisions and kindles and virtual reality goggles, people spent all day outside in the sunshine. They played on the mountains and in the waves. They ran, jumped, climbed and danced. They were strong and happy and full of life.”


The many dangers of blue light

The people knew that blue light cast a spell over them. It made their heads ache. It made their circadian rhythms get all out of whack. It was harder to fall asleep at night, because their brains were so overstimulated by false daylight they were absorbing from all their screen time. It even caused macular degeneration, making it difficult for the wise elders to see their screens.

The people were tired of sleeping all day and feeling terrible all the time. They needed a way to break the spell and escape the curse of the blue light that held their kingdom in its thrall.

In an ancient book, (one of the last remaining that hadn’t been digitized), the people discovered an intricate drawing labelled “sunglasses”. The artist’s name was Sindre.

Nobody remembered sunglasses, since they hadn’t been outside in several generations. But from the diagram, it was clear that the glasses were meant to be worn over the eyes to protect them from solar rays.

Upon hearing this, a very brave young virtual reality warrior volunteered to go out into the outside real world to search for these ancient sunglasses. Her name was Sunski.

After a real adventure of epic proportions, young Sunski returned triumphant. She was wearing the mysterious sunglasses, which did indeed protect her eyes from the dangers of the outside world. They were comfortable enough to wear all day, and very durable (they had lasted several generations, after all) although they were made from a recycled material.

While Sunski was away, the smart scientist had been hard at work in his lab, tinkering and developing a blue light blocking lens. Upon her return, he shaped the lens to fit the frames, and gifted them to the young warrior.

The wild and wonderful benefits of blue light glasses

Sunski never played virtual reality games again. Instead, she and the scientist started a movement to bring the people back into the sunshine and fresh air, making them strong and happy and full of life. They stopped getting headaches and eye fatigue and started sleeping through the night. The wise elders stopped losing their eyesight.

Blue light glasses were the key that helped the people break the spell and find a healthier balance between screen time and time in the real world. It wasn’t magic, but it was science and good design and optimism, and that’s pretty much the same thing.

And that’s how the very first Sunski blue light glasses were created.